Yesterday was a momentous occasion. July 14, 2015, will forever be known as the day New Horizons made its historic fly-by of Pluto. The closest it got to Pluto was 12,500 km from the surface, at 7:49 am EDT. At that time, 1,200+ executives, scientists, and guests counted down as it reached its closest approach. Later that night, the very same people cheered as they heard back from the intrepid explorer, signalling that it is safe and out of harms way. It is now moving away from Pluto at breathtaking speeds, marking humanity’s first encounter with the last unexplored traditional Solar System planet.

The picture below is one of many pictures it brought back for us, which revealed its unique surface features for the first time after many years of secrecy. Check it out:

Today, an image will be released by NASA showing a picture of Pluto up close and personal. I can’t wait!

Congratulations to the many people who worked on New Horizons ! ‪#‎PlutoFlyby‬

During the month of March, I was able to take advantage of the clear skies in three different days to image Orion’s nebula.

I proceed to image Jupiter with my DSLR camera. I took a lot of frames, but the quality of those frames were very bad. I couldn’t stack them to get a good picture. 😦 Maybe things will turn out better next time. 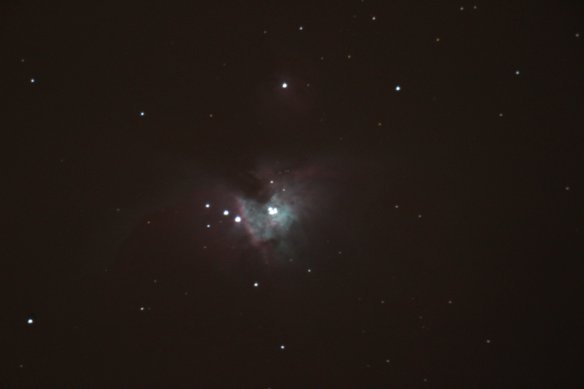 On March 13, 2015, I tried to image M42 again. It was a clear night, and I took some more pictures. I set my camera to image M42 for a while. I got the pictures, but I realize that while it was taking the pictures, M42 set behind my house. The majority of my pictures were of my house in the dark. Sadly, I had to delete those pictures.

After the M42 failure, I started imaging Jupiter again, and I failed to get any good frames. 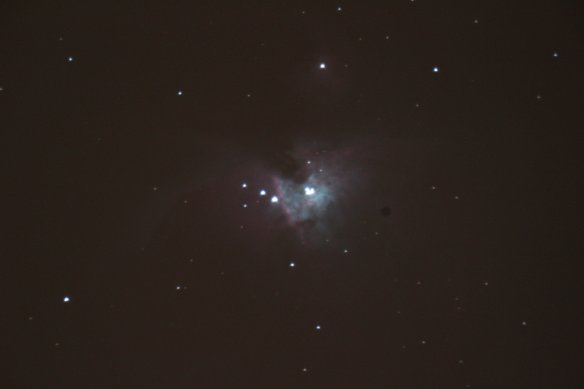 Stay tuned for my next post, where I will talk about the last day of my M42 imaging days… For Now.