I hope you are all well!

School, Work, and other priorities started to take over, and I neglected to update my blog regularly. For that, I am sorry!

Moving forward, I will continue to make posts on this website. However, I will post it at my own discretion.

Other than that, I will continue to write about the night sky, space missions, and other topics that catch my eye.

Lastly, this past December 19, 2015, was the second anniversary of the start of my blog! Thank You for everyone who has followed my blog throughout the past two years. I hope to see you all here in 2016!

June 7 gave me a fantastic opportunity, albeit a difficult challenge. The International Space Station (ISS) was going to streak through the Toronto sky after dusk. After a few failed attempts, I decided to try and get the ISS again. To increase the challenge further, I decided to use the CCD camera to get a closer look. After I got the video, I was relieved it was done but was left wondering what the result was. There were over 10,000 frames of nothing, 200 frames of trailing ISS, but I got 5 good frames of the ISS out of it. Here is one of them: 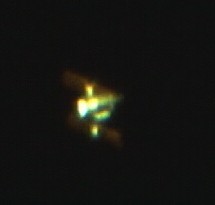 The ISS. The image is cropped. (I’m very proud of this picture!)

On June 21, I hosted my first workshop. a little more than 10 people came to the workshop, where we covered Startrails, Astrophotography with DSLR and CCD cameras, etc… It was a great success. Many of the participants enjoyed the workshop and went home with amazing startrails images. I also tried to take some Milky Way shots from here. Little did I know that the Galactic centre was below the tree line. Next time! 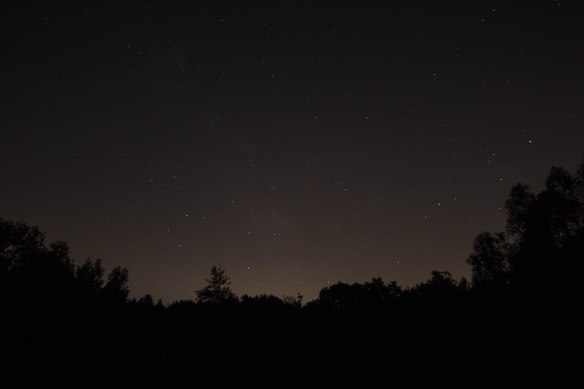 On June 24, I took out a borrowed 127 mm Achromatic Refractor to image the Moon with. It was an interesting experience. The pictures look good, and I was impressed with the image that the Refractor produced. The result is below: 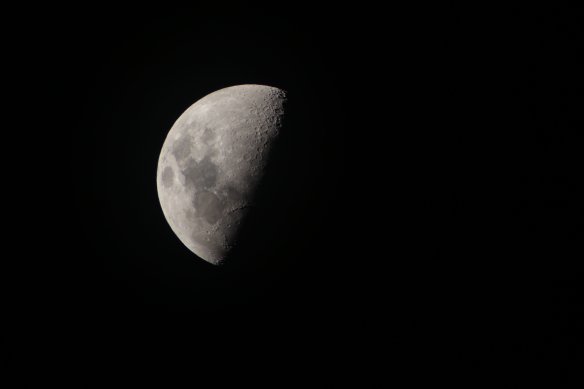 On that same night, I also went out to Glen Major Forest and took a Startrails image. It lasted for an hour, and compared with my first ever startrails from Glen Major, it had longer startrails and more ground. It is a good image. While I was imaging it, there were other people there having a good time, and I was worried that some car light from them would wreck the image. Thankfully, none of their lights ruined on my image, and I came home with a good set of images to stack. The result is below: 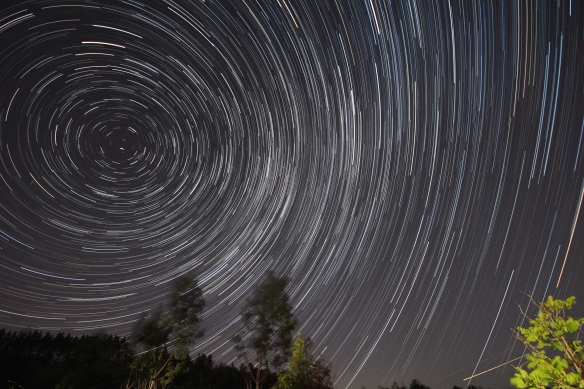 On June 29, the day before I returned the refractor, and the day before the Venus-Jupiter conjunction, I learned that tomorrow would be cloudy. June 29 had cloud cover on it, but it wasn’t so bad. I could still see Venus and Jupiter. Therefore, I rushed back home and brought out the refractor. While I was observing the two planets, I noticed that Venus and Jupiter had some fringing on it, much like my Canon lenses, when aimed at the Moon. It was annoying to see that, but I found a solution to it. After taking many pictures, and being eaten alive by mosquitoes, I went back inside and rested. The resulting image is below: It’s amazing how close the two planets got. It got closer last year, but I was very impressed by this grouping of two planets.

In July and August, I led two different workshops hosted by the Creative Photographers Markham. There, everyone took their own startrails images and had a grand time imaging the night sky. I also tried to take my own timelapse that night. However, it was a very humid night, which led to dew accumulating on my lens. By the end of the timelapse, the image became very blurred and very foggy. It was disappointing, but it was a lesson learned.

On September 27, 2015, the last Lunar Eclipse in the tetrad was to occur. I also planned the last workshop to occur that night. However, there was clearly going to be clouds in the sky, which was disappointing. We had a rough start, but many people came to the workshop and we were lucky enough to have a break in the clouds and we were able to see the lunar eclipse for a short period of time. We all had a great time, and got great pictures! 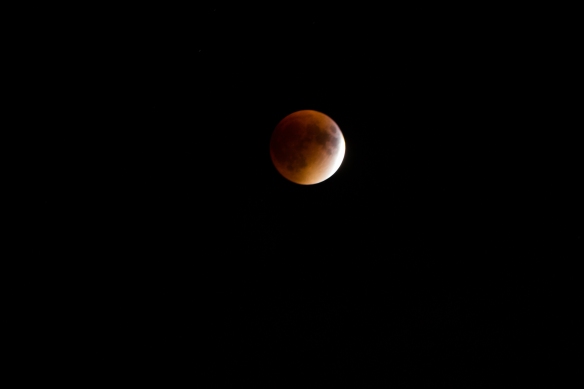 On the latter part of 2015, I was able to take this picture of the Lunar X. This feature is visible every lunar cycle for only a few minutes when the light hits the moon just right. The angle of the light shapes the craters like an X. 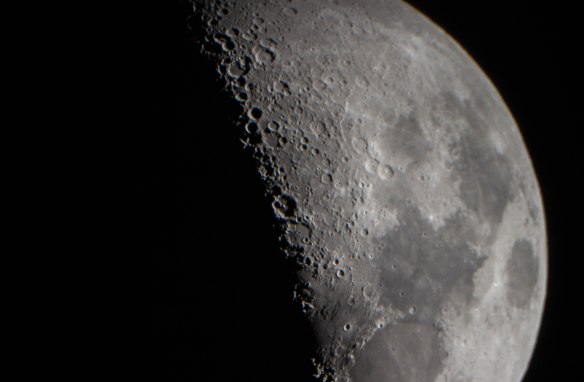 I hope to see you all again!