This new year gifted us with many great opportunities to see something truly unique. It’s called C/2014 Q2, also known as, Comet Lovejoy.

Comet Lovejoy was first discovered by Terry Lovejoy in Australia in August 2014. Ever since that time, it has brightened significantly, and has now crossed the celestial equator becoming visible for the Northern Hemisphere. Since the start of the new year, I’ve been trying to image the comet. The next few posts will chronicle my attempts to image the comet.

On January 6, 2015, I started my journey on my front yard, freezing myself in sub-zero temperatures. I opted to use my tripod instead of my telescope. I started taking pictures of the full moon. It was magnificent! 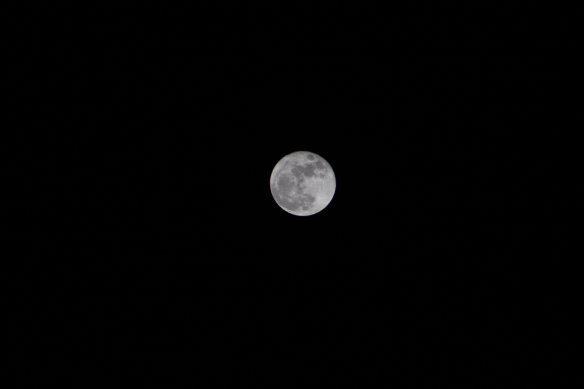 After capturing a number of good images, I went on to image the Orion Nebula. That took more effort, but it was all for naught, as my images were not focused enough. It was heartbreaking but there was no point sulking on it.

Orion Nebula Out of Focus 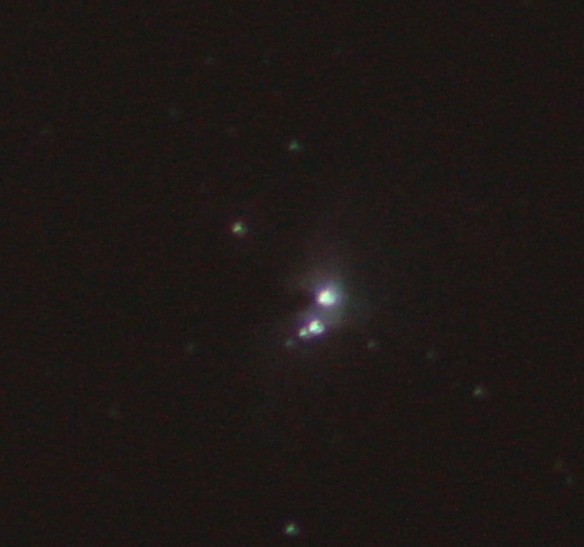 I then decided to try my hand at imaging the comet, and I was dealt a good hand. Using my father’s telephoto lens, I was able to image the comet near Orion. I took a number of two second exposures of the image, adjusting the image to get the comet at the center of the frame each time until it was just right. I was able to stack them together to reduce the noise. The final image was dim, but I have, indeed, caught a comet. 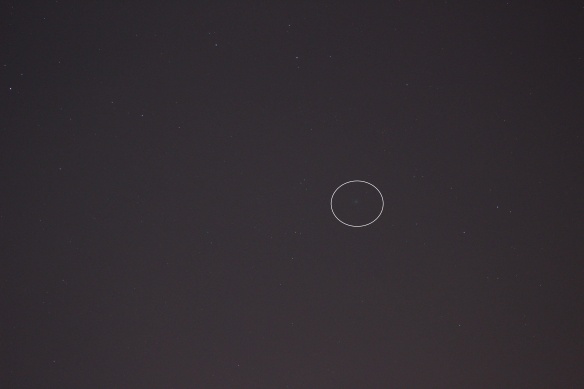 My camera’s memory was filling up, and I decided to end the session with a few images of the Pleiades. Those were one of the best images I had captured that night. The seven sisters were shining beautifully that night with all their grace. 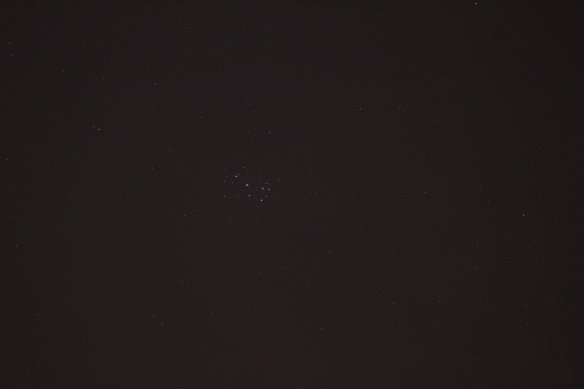 That night was a successful night. I was able to image many celestial objects. It served as the start of my journey to image the comet, and other Deep Sky Objects. I continued my journey in the next few days.